By practicing these laws Muslims not only attain spirituality but the greatest of all other glories and gain the wealth of health. Allah Almighty has created man in a way that whatever he eats and drinks effects his soul, mind, and body. Therefore, Allah (SWT) stated certain edible things as prohibited (Haram) and others permissible (Halal) that we have to follow and forbid for the sake of Allah Almighty. Allah (SWT) said in the Noble Quran: “O believers eat of the good things We have provided for you and give thanks to Allah.” (Quran, 2:172)

Allah says in the Holy Quran: “He hath forbidden you only carrion, and blood, and swineflesh, and that which hath been immolated to (the name of) any other than Allah. But he who is driven by necessity, neither craving nor transgressing, it is no sin for him. Lo! Allah is Forgiving and Merciful.” (Quran, 2:173)

Allah Almighty also mentioned Halal food in the Holy Quran in these words: “They ask thee (O Muhammad) what is made lawful for them. Say: (all) good things are made lawful for you. And those beasts and birds of prey which ye have trained as hounds are trained, ye teach them that which Allah taught you; so eat of that which they catch for you and mention Allah’s name upon it, and observe your duty to Allah. Lo! Allah is swift to take account.” (Quran, 5:4) 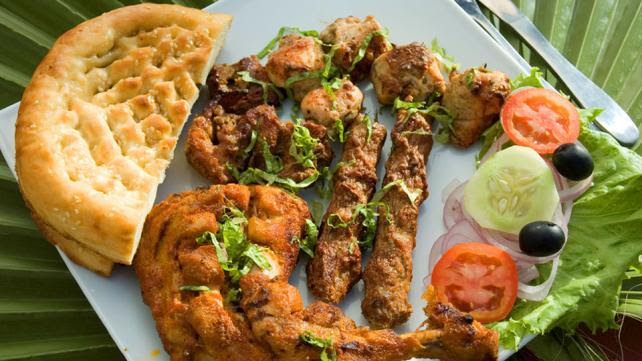 Muslims are not allowed to eat that food on which Allah’s name is not mentioned: “And eat not of that whereon Allah’s name hath not been mentioned, for lo! it is the abomination. Lo! The devils do inspire their minions to dispute with you. But if ye obey them, ye will be in truth idolaters.” (Quran, 6:121)

The Messenger of Allah (PBUH) said in one of His hadith about the slaughtering of animals: “Verily Allah has prescribed proficiency in all things. Thus, if you kill, kill well; and if you slaughter, slaughter well. Let each one of you sharpen his blade and let him spare suffering to the animal he slaughters.” (Muslim)

In another hadith Prophet Muhammad (SAW):  “forbade the eating of the meat of beasts having fangs.” (Bukhari)

In the light of above Quranic verses and Hadiths of Prophet Muhammad (PBUH) below is the list of Haram foods that we all should know about:

Below mentioned food is considered the Halal for the believers:

May Almighty Allah help us to follow the teachings of Quran and Sunnah! Ameen

The 1one4 team. 1one4.com is a digital hub for the Muslims in Nigeria and the diasporas. It is a veritable platform to share useful and valuable information and connect as a community.

Latest Posts By 1one4 Team